2: Clean the dog hairs out of the car.

My daughter has two dogs both of which moult like there’s a serious attack of global warming. She has also borrowed my car quite a bit lately and so the back seat was covered in what I was about to say was loose hair.
It was so not loose. It might have been loose from a dog, but it was stuck to

the seat, and the blanket that’s supposed to catch it. The dogs tend to runckle that up and get underneath it. It sticks to the carpet and anyone who cares to give them attention.

It gets up the nose and into your mouth if you dare to open it to speak to anyone. If you attempt to sweep it, it just flies about looking for a new place to settle, preferably ever so slightly out of reach of the vacuum nozzle. 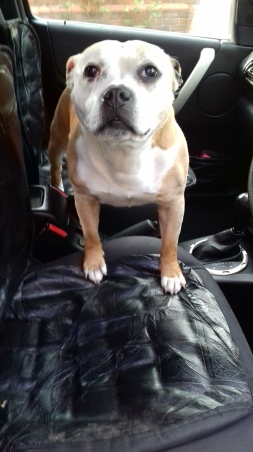 Perhaps you think it a tad silly of me to try and clear the dog hairs out of the car while I was looking after my son’s dog. She was a very old, sturdy little staffie who expected to be picked up and put in the car. I thought I was safe.

It’s amazing what a dog can do if a dog is determined and you’re ignoring her!

Unfortunately, she died a few days after this picture was taken. 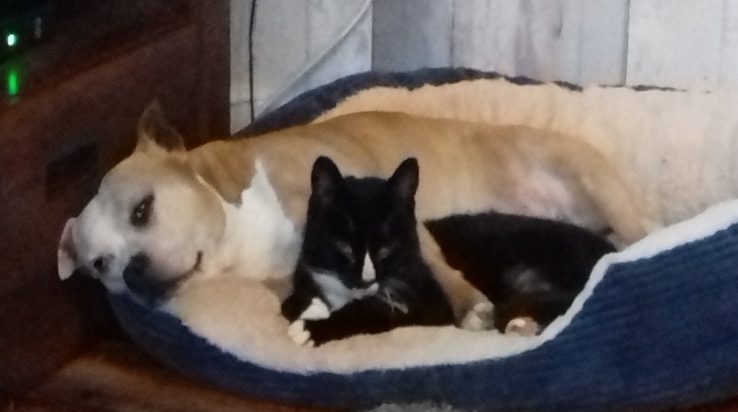 She went to sleep in her own bed and just didn’t wake up. She was a little sweetheart and very loving.