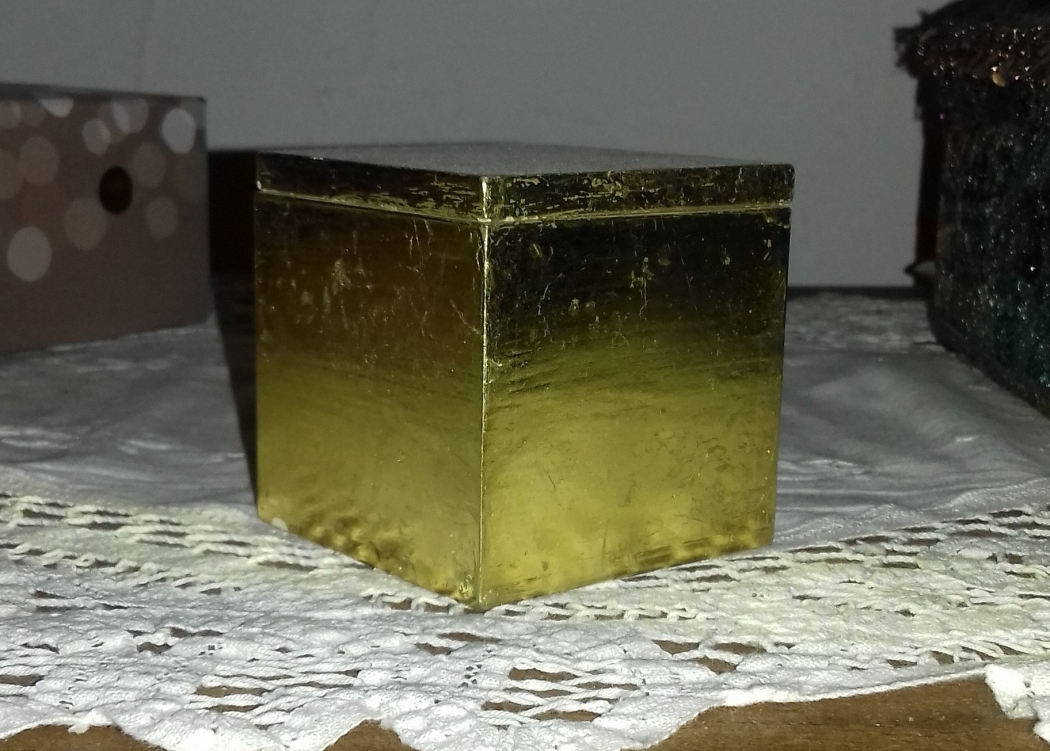 I had a bit of a moment the other night. I was just settling down in bed with my kindle, which was providing the only light at the time. As I turned over to make myself comfortable, I noticed something square glowing on top of the chest of drawers.

For those of you who don’t yet know, I wrote a story entitled ‘The Box’ a couple of years ago. If you wish to read it you’ll need to get yourself a copy of ‘The Corona Book of Horror Stories’. Well worth a read, if I do say so myself. (www.coronabooks.com / http://www.amazon.co.uk).

The box in the story is not very nice, (I’ll not spoil things by telling you more as I know you’ll want to get your own copy) and I suppose I should have been frightened. However, 1, I don’t frighten very easily, and 2, I wrote ‘The Box’ and know it isn’t real. Or is it?

In this case, the glowing box turned out to be a gold painted

presentation box which had held some jewellery I had been given some years before. I rather like it and so still have it. Those of you who know me well will understand that this is perfectly normal. I may have forgotten what jewellery was in it but the box is shiny and very useful for keeping things in.

The light from the kindle was shining on it and making it glow like some spectral entity – which it was not.

So, there was no chance of being involved in some scary adventure, more’s the pity.

I shall just have to lose myself in writing such tales instead.