‘There’s too much flesh,’ I mutter as I survey my handy work.
‘You should have thought of that,’ my husband tells me in that “I told you so” manner he has that I have grown to loathe. ‘If you’d have thought things through properly you would have taken that into account.’
‘Yet who would have thought the old man to have had so much blood in him?’ I moan.
‘Show off. You always thought you were so much better than me.’
‘Never,’ I correct him as I study the body before me.
‘At least I know you’re quoting Lady Macbeth. Which, if you ask me, I find very apt.’
‘You can shut up. Shut up!’ I stamp my foot, but the warm sticky blood reduces the effect I had hoped for. ‘If you’d shut up in the first place I wouldn’t be in this mess,’ I tell him.
‘You’re in a mess? What about me? At least your mess will come out in the wash which is more than can be said for me.’
‘O that this too too solid flesh would melt,’ I sigh.
‘Good God! Am I to become a Shakespearian tragedy?’ he snarls. ‘That would just suit you, wouldn’t it?’
‘As you won’t melt, I suppose I’ll have to cut you up. You won’t fit in the freezer in this state.’
‘If it was up to me, I wouldn’t choose to go in the freezer in any state,’ hubby whines.
I leave my husband lying on the floor of the blood splattered wet room and go in search of some sort of blade. The one I stabbed him with isn’t strong enough for sawing through bone and sinew. I find nothing suitable.
‘Where have you left the saw, you miserable old bastard?’ I weep.
‘As if I’d tell you,’ he sniggers. ‘You’ll only saw me up for dog food if I did.’
‘You never put anything away. You just leave your stuff around and then pinch mine from my hobby bag. The freezer’s too good for you.’ I am crying openly now.
‘You should have put your tools ready before you started the job,’ he quotes me at me in a put-on whiney voice. ‘Isn’t that what you are always telling me?’
That really makes me see red. The claw hammer is to hand so I smack it into his mouth to stop the prattle. Then I smack it into his eyes so he can’t see what I’m doing. I just hammer away at him because he has annoyed me so much. I hammer away until I feel all my frustrations leak over the floor and mingle with the blood drying on the tiles. I hammer away until I am exhausted and empty. I drop the hammer and head towards the kitchen where I flick the switch on the kettle. If I do something different – take my mind from the task – I might remember where the saw is hiding.
A nice cup of tea will help.

Day 1
This is Day 1 of my diary, and not, as someone will surely, remind to me, Day 1 of the drama that is going on around the world.
I don’t get out much. You may big ah if you like – okay then.

My joints have long outlived my brain function and decided eons ago that they’ve had enough of my overly active lifestyle. Over the years my knees and shoulders took the brunt of falls from horses, out of trees, exuberant children and energetic folk dancing on a Saturday night. They now complain painfully when I try to walk more than a few feet, so it’s taken a little while for me to realise the effect of this social isolation the younger folk find themselves in. Mostly, it’s been just like a normal week for me apart from more than usual phone calls. Thank you, everyone I do appreciate our chats.

That said, I normally attend my local church on a Sunday morning, so today is the day the effects of social isolation kicked in. Instead of going out I watched a virtual service with two dogs at my feet and a cat snoring in front of the screen. And, if it’s not too much information, I was not struck down by a bolt of lightning for being in my nightie, so I shall do that again.
I have a plan. It’s no different from last year. I shall be growing my own veg in my adapted garden in order to have enough to eat when the apocalypse does arrive. I intend to intersperse the gardening with writing in order to give my joints a rest when they complain, hopefully, ensuring a productive day and a relaxed attitude to what the virus intends for my age group. 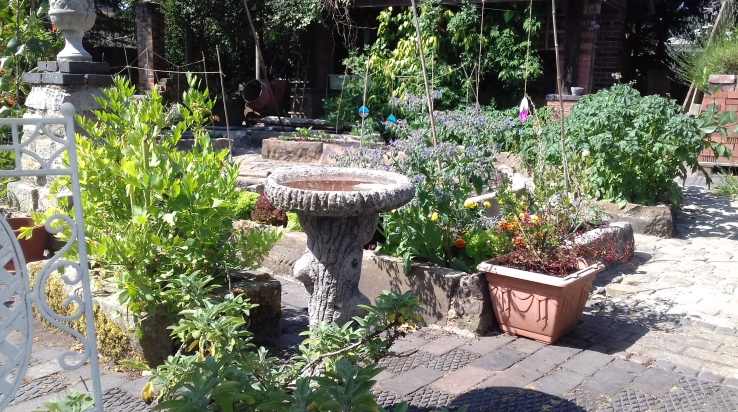 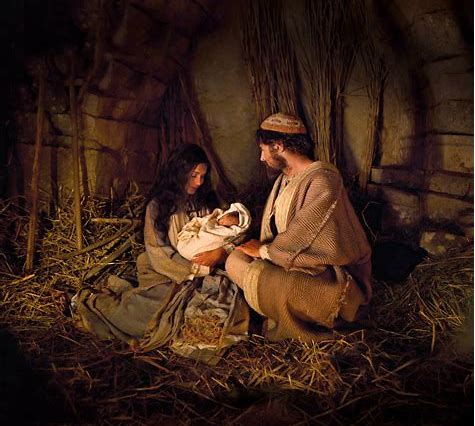 Christmas is a religious festival I know; the clue is in the name. However, whatever we believe in, how many of us enjoy a good ghost story when the nights turn cold and dark? 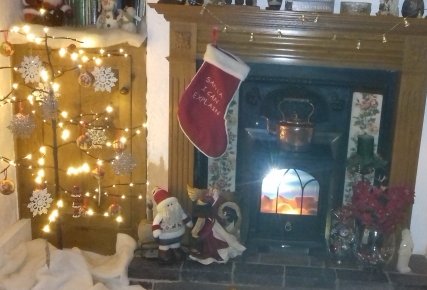 It’s the best excuse ever for curling up near a warm body – or fire if you’re not so lucky to have a spare body to hand, lights low and a favourite drink to hand.

If you fancy a change from the old much-loved but well read tales it’s time to try something new. Something for the twenty-first century, perhaps.

Okay, so I tend to favour the seventeenth century and will be heading there, no doubt in December but I have been lucky enough to have been allowed to read some of the newest and most exciting ghost stories submitted to Corona Books this year. The result being The Corona Book of Ghost Stories. 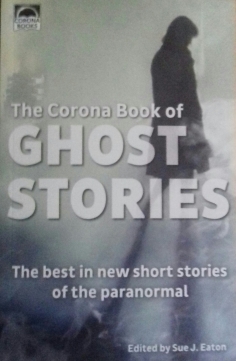 If you like ghost stories, or know a man/woman/person who does, why not treat them to a copy for Christmas? Books are so easy to wrap! What are you waiting for?

If you want to know more why not come and meet me at the UK Ghost Stories Festival in Derby. The festival is on Nov 29th/30th/Dec 1st.

I shall be on the panel helping you to develop your ghost story on Nov 30th and Corona Books will be discussing editing on Dec 1st.

Autumn has arrived with a vengeance. The temperature drops in the late afternoon and the nights are long and dark. It’s time to get the season’s reading organised.

Two fabulously creepy books to chill the blood as you curl up by the fire, lights low and a potion of what you fancy at your elbow.

These books were created from selecting the best of over 800 well crafted stories and published for your enjoyment.

What are you waiting for? Publication date for both is October 1st. Only 4 more sleeps! 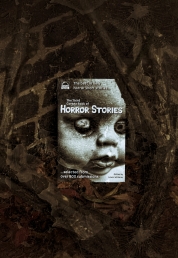 When you’ve enjoyed these, and if you haven’t already, try other titles from Corona Books. 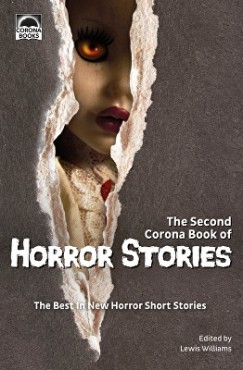 I’ve been a bit on the busy side recently. Corona Books put out a call for horror stories back in the spring and I offered to help read some of the submissions.

I told a friend about this and she asked if reading so many stories in a given time frame took the shine off reading.

824 stories comprising of 3,000,000 words later I have an answer for her. No, it doesn’t. I still love reading. The reason being, the stories were brilliant and I really enjoyed being part of the procedure. It was just a shame there wasn’t room for them all.

After all the reading, re-reading, discussion, re-reading and yet more discussion it was decided that instead of the one horror story anthology there was enough material for a book of ghost stories as well.

So, for your delight on a dark winter’s evening, put out the lights, light a candle and curl up with these –

When you have enjoyed these try others from Corona Books. 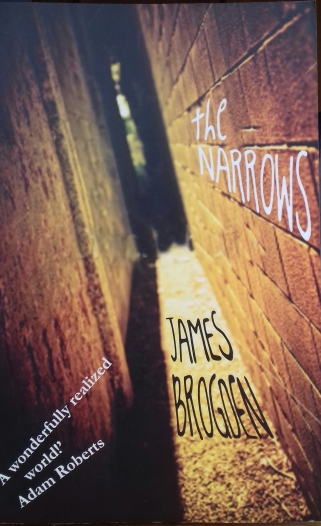 Have you ever wondered where narrow, dark alleyways in your hometown might lead? James Brogden follows them in his novel ‘The Narrows’. The blurb on the back cover tells us that Andy Sumner lives a perfectly conventional life until a chance encounter with a wounded and pursued Bex, one of a society of misfits who live in the Narrows, leads him into another world. In this world the laws of time and space are malleable.
The Narrows are closing and it’s up to Andy and Bex to find out why. I’m saying no more for fear of spoiling the book. If you want to know what happens then read it. Its twists and turns are fast paced and will grip you to the end. For a first novel this is well crafted with believable characters. A sort of grounded fantasy, if you will.